Reiki is a form of alternative medicine called energy healing. Reiki practitioners use a technique called palm healing or hands-on healing through which a "universal energy" is said to be transferred through the palms of the practitioner to the patient in order to encourage emotional or physical healing

Reiki combines the Japanese and Chinese word-characters of "rei" (spiritual or supernatural) and "ki" (vital energy). One of the basic ideas held by those who practice Reiki is that this vital energy can be channelled to support the body's natural ability to heal itself.

In recent years, Reiki has been integrated into many health care settings, including hospitals,. And overlapping data from some of the more scientifically valid studies on Reiki suggest that this complementary therapy plays some role in reducing anxiety and pain, inducing relaxation, improving fatigue and helping relieve the symptoms of depression.

Reiki's origins are sometimes disputed, but most agree that the therapy dates back to the late 19th or early 20th centuries and the teachings of a Japanese monk named Mikao Usui. Usui based his healing techniques on methods and philosophies drawn from several traditional Asian healing practices.

At the root of Reiki is the concept — once known in Western medicine up through the Middle Ages and still seen today in Eastern medicine — that disease is caused by imbalances of vital energy in the body and that correcting these imbalances promotes healing.

Usui is said to have "rediscovered" this ancient concept of an inexhaustible energy source that can be harnessed for healing. Through a process called attunements, a Reiki master can teach others to master this healing power, as well

During a Reiki therapy session, a patient typically lies down on a massage table. The Reiki practitioner places his or her hands over (or directly on top of) the patient's body in various positions, starting at the crown of the head, according to Baldwin.

"The Reiki energy flows through the practitioner, out of [his or her] hands to the person who's lying on the table," Baldwin said. However, the exact mechanism by which Reiki energy allegedly flows from one person to another is unknown, she added. And some Reiki masters claim that they can treat patients without being anywhere near them — a practice known as "distance healing." 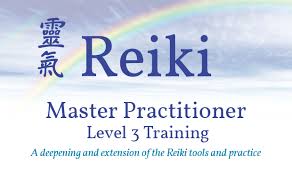 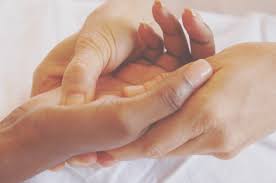