Hypnotherapy is a form of psychotherapy used to create subconscious change in a patient in the form of new responses, thoughts, attitudes, behaviours or feelings. It is undertaken with a subject in hypnosis.

A person who is hypnotized displays certain unusual behaviour characteristics and propensities, compared with a non-hypnotized subject, most notably heightened suggestibility and responsiveness.

The form of hypnotherapy practised by most Victorian hypnotists, including James Braid and Hippolyte Bernheim, mainly employed direct suggestion of symptom removal, with some use of therapeutic relaxation and occasionally aversion to alcohol, drugs, etc.

Curative hypnotherapy is a method of working purely with the subconscious mind to understand and correct specific details which have played a part in the initial creation of a symptom. Its application relies heavily on Specific Questioning of the subconscious and the use of Ideomotor phenomenon (IMR) to identify the precise and unique life experiences which then led on to a triggering of a symptom at some later date.

Among its many other applications in other medical domains, hypnotism was used therapeutically, by some alienists in the Victorian era, to treat the condition then known as hysteria, Modern hypnotherapy is widely accepted for the treatment of anxiety, sub-clinical depression, certain habit disorders, to control irrational fears, as well as in the treatment of conditions such as insomnia and addiction. Hypnosis has also been used to enhance recovery from non-psychological conditions such as after surgical procedures, in breast cancer care and even with gastrointestinal problems, including IBS. 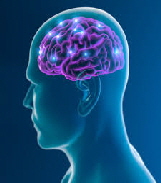